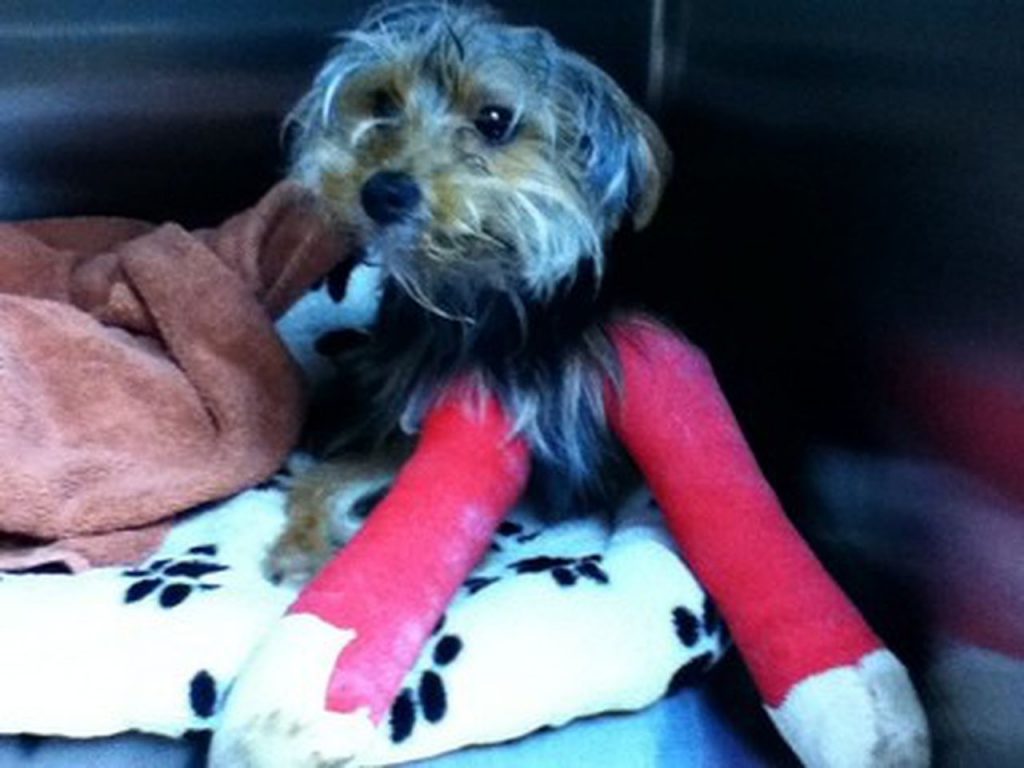 When Robyn Urman first met the small Yorkshire terrier she calls Lola, the dog had two broken legs, and was unable to stand.

One of those legs is already gone, and Urman and other Bergen County animal lovers are standing up in hopes of saving her life.

The founder and president of Tenafly-based Pet ResQ Inc., Urman was contacted earlier this week by a local veterinarian's office, where one-year-old Lola had recently been left behind.

The vet informed her that it would take about $10,000 to replace casts on both of her front legs — which had been improperly set during a prior procedure — and perform surgeries necessary to let her walk again. Otherwise, the dog would likely need to be put down.

"I've (rescued animals) in every disaster since 9/11. It's not pretty what I do," Urman said. "But this one's really killing me."

With little to no cash on hand, the dog was taken to Yonkers Animal Specialty Center in Westchester County, N.Y., to be cared for while Pet ResQ tried to raise the money. When the hospital's staff removed one cast, they found a leg so infected that it would likely never be functional. On Tuesday night, they made the painful decision to amputate it.Now, Urman and others in her group are turning to the community for help. A group of children who regularly volunteer at the organization's shelter are running a lemonade stand fundraiser along Churchill Avenue in Tenafly this afternoon, and other volunteers will hold a garage sale on June 29.

In the meantime, they are hoping their pleas over social media networks and through the media will make up the difference.

"I'm literally begging anyone who might be able to help," Urman said.

Donations can be made through the Pet ResQ website at petresqinc.org or made directly to the Yonkers Animal Specialty Center, by mailing a check to their facility at 9 Odell Plaza, Yonkers, NY 10701.